SERVING ATHLETES AND COACHES SINCE 2004

We deliver world-class health and nutrition solutions to everyone, everywhere.

Nutritional Facts
Our Story
Previous
Next

NOT A DIETARY SUPPLEMENT

Critical Reload is a conventional food; not a dietary supplement. As defined by the FDA, a dietary supplement contains one or more dietary ingredients that may include: vitamins, minerals, herbs or other botanicals, and amino acids, other substances found in the human diet, such as enzymes. Critical Reload contains none of the dietary ingredients.

GIVE YOURSELF PEACE OF MIND​

Athletes must be extremely careful about what they put into their bodies. Critical Reload’s vigilant product testing and certification serve the athletes, coaches and parents performance aspirations while never compromising health and safety.

Critical Reload has adopted the Informed-Choice testing and certification program to provide the highest level of assurance possible that our products are free of banned and/or illegal substances. 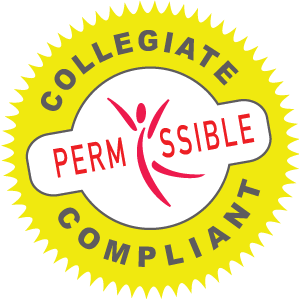 Critical Reload is suitable for collegiate athletics and is permissible under NCAA* Bylaws because it’s not a dietary supplement and does NOT contain banned or harmful substances.

*NCAA is a registered trademark of the National College Athlete Association. This product is not endorsed by the NCAA.

Critical Reload was founded to provide a safe, high-quality nutrition solutions for the athletes who train every day.

Founded by 22-year Collegiate Strength & Conditioning Coach and Specialist in Sports Nutrition, Mike Bewley, Critical Reload’s mission has not changed and has grown to serve the needs of other strength coaches and athletes nationally.

OUR TEAM OF ADVISORS

Dr. Mike Martino is a full-time Professor and Coordinator of the Exercise Science Program at Georgia College in Milledgeville. He currently serves as a strength & conditioning consultant for all Bobcat varsity sports. Additionally, he is a co-owner of Bodyplex Fitness of Milledgeville.

Tom’s career has been in business startups with responsibilities ranging from operations, marketing, product development, and customer service. Of all those competencies, Tom associates customer service as the most critical element. As a result, Tom consistently aims to deliver a “wow-factor” with each Critical Reload customer.

Our most frequent questions and answers

How is Critical Reload different from chocolate milk?

First and foremost, your body builds muscle out of amino acids, not whole proteins. Secondly, proteins provide the body critical amino acids that serve as building blocks for the formation of new muscle. But not all dietary proteins are equal. Since whey rapidly increases protein synthesis and casein blocks protein breakdown, a combination of both was ideal in the ingredient development of Critical Reload.

Milk casein protein is relatively insoluble and tends to form structures called micelles that increase solubility in water. During the processing of milk, which usually involves heat or acid, the casein peptides and micelle structure become disturbed or denatured to form simpler structures. As a result, a gelatinous material gets developed. The basis for whey casein is a slower rate of digestion, which results in a slow but steady release of amino acids into circulation.

How many bags come in a case of Critical Reload?

How many servings of Critical Reload are in a 3.4-pound bag?

How is Critical Reload Different From A Dietary Supplement?

Secondly, Critical Reload is produced in a food manufacturing facility that is GMP certified, and FDA regulated. The acronym GMP stands for Good Manufacturing Practices, and to be GMP certified means that the manufacturer demonstrates a robust regulatory commitment and compliance to international GMP standards.

Utilizing the Critical Reload booster program, what is cost/revenue if we have approximately 400 kids participating in the program?

We can’t speak for your revenue — what you decide to charge is completely up to you. The only absolute is the cost per bag ($25.99 divided by 24-servings = $1.08 per serving). A majority of the schools we work with tend to charge the student-athlete $2.00 per serving (that equals approximately $0.84 profit per serving or 72% gross profit per serving). The sale price of $2 per 8-oz shake for 5 days ($10 per week), you charge the student account $80 for half semester (8 weeks) or $160 for a full semester (16-weeks). With 100% participation (400 student athletes), you would generate roughly $26,880 gross profit every 16-weeks that goes directly into an “activities account” for re-stocking Critical Reload and purchase of equipment! Understand, this revenue is based on a 100% participation rate, which is highly unlikely when you first begin.

How do I monitor who gets a cup of Critical Reload (CR) and who does not when utilizing the CR Booster program.

Some use the honor system; others keep dispenser on a rolling cart in an office and wheel it out to serve at the end of a session. Our suggestion: employ the same measures you would ensure everyone does every set, of every rep you entrust. Permanently, establish the same rule/disciplinary action to those caught skipping reps/sets as you would someone taking a shake. Don’t look at it like something else you have to monitor. Instead, it’s an opportunity to exercise accountability, responsibility, and integrity — pillars of any great team. You can even assign a “Shake Warden” for each training group to monitor — an excellent way to build leadership and accountability that can have significant carry-over to the team culture.

Why does Critical Reload contain maltodextrin?

Maltodextrin is technically a complex carbohydrate because of its sugar content, but its high glycemic index means it goes through the digestive system super fast. There are two instances where this is a good thing:

The creation of Critical Reload was never intended to be a meal replacement. Instead, it’s usefulness is to help manage the athlete’s “window of opportunity” to replenish energy, enhance muscle protein synthesis, and boost recovery.

Why does Critical Reload contain no added vitamins or minerals

Why does Critical Reload contain Fructose. Isn't fructose bad for you?

Critical Reload does contain fructose. However, fructose, not high fructose corn syrup, is an important source of energy for the body. Sometimes called fruit sugar, fructose is found in fruit, some vegetables, honey, and other plants. Fructose is a monosaccharide, or single sugar, that has the same chemical formula as glucose, but a different molecular structure. Even though commonly consumed sugars provide basically the same number of calories, they are metabolized and used by the body in differently. How? Fructose does not increase blood glucose and does not require insulin. In fact, individuals with diabetes can often tolerate fructose better than other sugars (9,10). Studies support that small amounts of oral fructose may actually improve glycemic control in people with diabetes (9-10).

Critical Reload contains acesulfame potassium. Is that cause for concen?

Critical Reload contains acesulfame potassium as a sweetener. The FDA first approved it in 1988 for specific foods. In 2002, it became further approved as an all-purpose sweetener. Before adopting any new food additive for public use, the FDA must verify its safety. In the case of acesulfame potassium, more than 100 scientific studies have been reviewed. The National Cancer Institute notes that the results of these studies showed that the sweetener poses no risk to human health. According to Texas A&M Agrilife Extension, acesulfame potassium has been shown to be safe when used in moderation. How do you define moderation? You would need to consume large quantities of diet soda — roughly 20 cans — before you reach the tolerable upper intake limit of acesulfame potassium.

Why does Critical Reload incorporate sucralose in its ingredients?

Critical Reload incorporates sucralose. The smallest and least containing ingredient in Critical Reload is sucralose. It helps adds sweetness without adding calories or carbohydrates and has an excellent safety profile. More than 100 safety studies, representing over 20 years of research, have shown sucralose to be safe. Furthermore, over 80 government agencies worldwide, including the U.S. Food and Drug Administration (FDA), have also reviewed the science on sucralose and found it to be safe for human consumption.

Doctors prescribe patients with irritable bowel syndrome (IBS) to take guar gum by mouth to reduces stomach pain, improve bowel function and quality of life. Guar gum, in large doses (4-15 grams) serves as a laxative because it adds bulk to stool, which helps it move through the colon. Critical Reload Chocolate contains only 0.24-grams per serving — hardly enough to sooth someone with IBS or cause someone without IBS increased gas production, diarrhea, and loose stools. So why is it in Critical Reload? In micro doses, it functions as a suspending or emulsifying agent, stabilizer, flavor fixative and inhibitor of sugar crystallization.

Along with being found pretty much everywhere on earth, silicon dioxide is a food additive that serves as an anti-caking agent. In Critical Reload, it’s used to prevent clumping and prevent the various powdered ingredients from sticking together. As with many food additives, consumers often have concerns about finding silicon dioxide on product labels. However, numerous studies have found no health risks associated with this particular ingredient. Not to mention, silicon dioxide is found naturally in many plants, for example, leafy green vegetables, beets, bell peppers, brown rice and oats, and alfalfa.

What does research say? The fact that it is found in plants and drinking water suggests silicon dioxide is safe. Besides, research has shown that the silica we consume doesn’t accumulate in our bodies; instead, it’s flushed out by the kidneys. Many of the studies on silica have found no link between silicon dioxide and increased risk of cancer, organ damage, or mortality. Also, studies have found no evidence that silicon dioxide can affect reproductive health, birth weight, or body weight.

Finally, the Food and Drug Administration (FDA) has recognized silicon dioxide as a safe food additive (2), as do the World Health Organization (WHO) (1) and the European Food Safety Authority (EFSA) (3). According to a paper (1) prepared in association with WHO, the only adverse health effects related to silicon dioxide is by silicon deficiency. In other words, a lack of silicon dioxide may do more harm than too much.

What is sodium chloride and why is it in Critical Reload?

Sodium chloride is an ionic compound found in various foods and commonly referred to as “salt” or “table salt.” It is used as a seasoning in many foods and serves additionally as an electrolyte in Critical Reload. 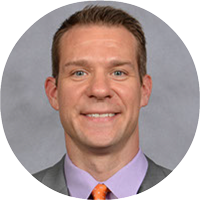 Critical Reload was founded, by former Director of Basketball Strength & Conditioning Coach and Specialist in Sports Nutrition for Clemson University, Mike Bewley. In 2002, Bewley earned his certification as a certified specialist in sports nutrition through the International Sports Science Association. Since that time, Coach Bewley has culminated an extensive level of experience assisting athletes with their performance nutrition needs while founding Critical Reload in 2004. His proficiencies as a specialist in sports nutrition include: 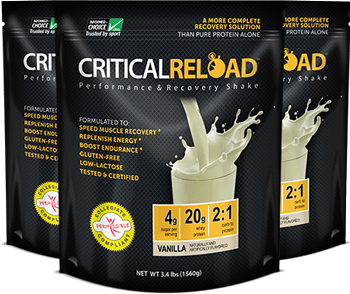